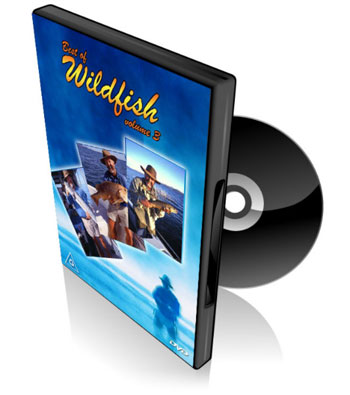 View cart “Best Of Wildfish (Vol 1)” has been added to your cart.

Few people have the opportunity to retreat to their own tropical island, but the Hanlon Family have done just that on North Island, one of the islands in the Sir Edward Pellew group. From the Gulf of Carpentaria, Peter travels west to the Victoria River, the largest river in the Territory, providing exceptional fishing in these relatively untouched waters.

The Tasmanian Highlands are beautiful but harsh, and are famous for superb Trout fishing. Peter stays at some well-known fishing lodges, whose guides are more than willing to help Peter chase the “Big One”. Anglers willing to try something new to the Highlands are being introduced to old European techniques that are producing some really impressive results.

At the southern end of The Great Barrier Reef is an area known as the Coral Coast. Beautiful islands dot this relatively untouched and spectacular area. The variety of fishing here is astounding, from reef fishing for Red Emperor, to the wild action of the acrobatic Dolphin Fish.