Since 1985, behind the fast actioned flagship rods of the Sage brand, has always spun a golden thread of medium action rods – and even once a slow rod, (in graphite terms anyway) – the Circa. These rods are all characterised by a deeper bend through the blank; you can tip cast them at short range, but get a bit of line out at normal fishing distances, and the bend very quickly moves mid blank, and then into the lower blank. 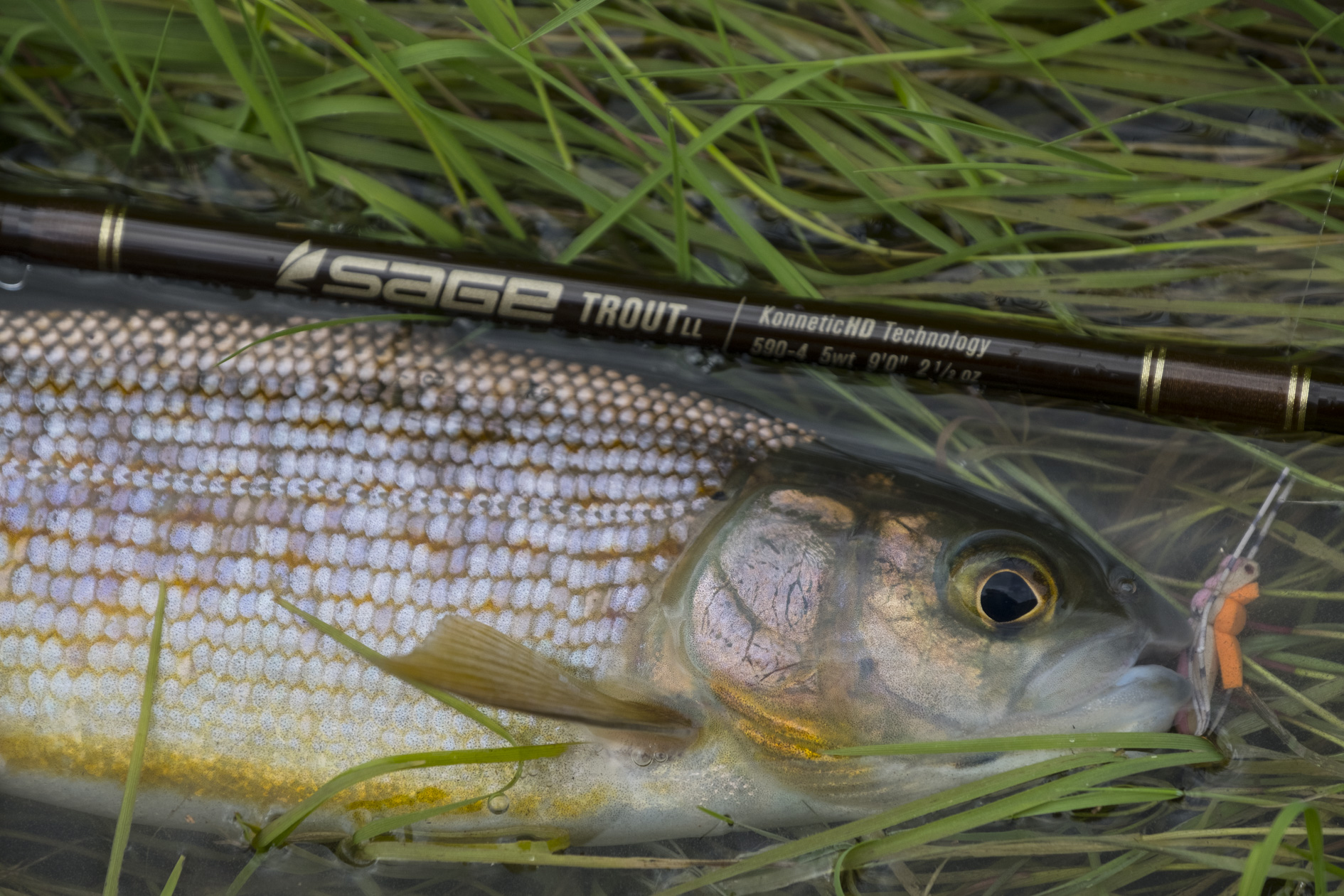 Many consider these mid speed rods to be the real gems in the Sage timeline, and they’re often the rods owners don’t pass on when new models become available. Or if they do sell them, it’s only after long consideration, usually followed by regret, sometimes immediate regret, or later regret, but regret sets in at some time. They’re rods that seem to become much more personal than any others in the line-up.

In non-chronological order the rods of this genre are; the original LL series (1985), the Circa series, the SLT’s, the ZXL’s and most recently the beautiful green MOD series.

I thought the MOD’s were just a tad faster than the overall series, but they certainly fit into this group of honey pots, and for their entire lifetime these were my favourite trout rods. As usual, when things are we’re quite attached to are discontinued there’s always some trepidation, but as usual, once you get your hands on the latest, you find this worry had no basis. 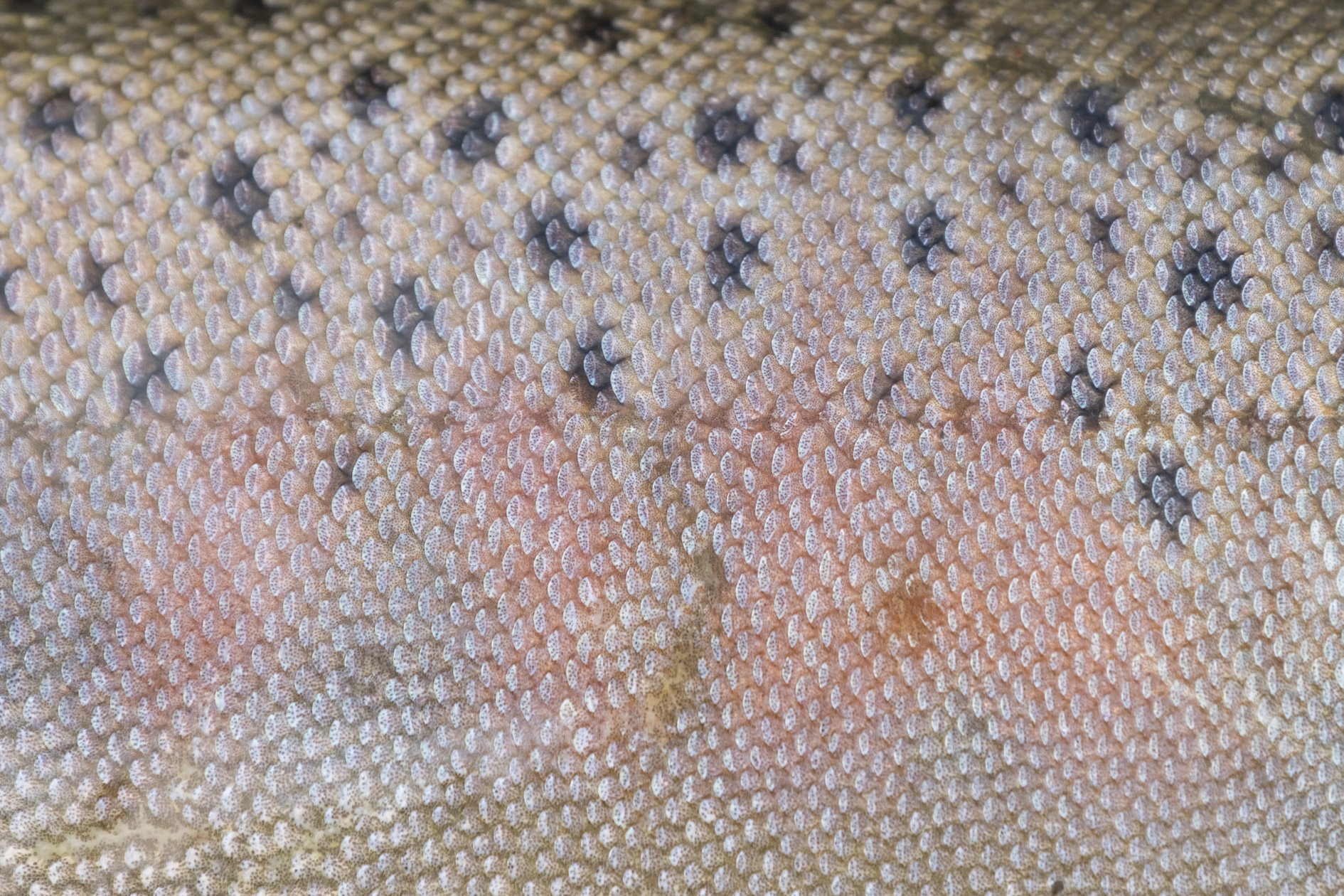 The Trout LL series are the newest offering. I managed to get my hands on a prototype last summer in New Zealand when I caught up with Sage rep George Cook and it was love at first loop, and I really looked forward to the release of these new rods with some excitement. I managed to get a pre-release 590 for a trip to Mongolia, and actually left the MOD at home.

The full trip to Mongolia I’ve reported on elsewhere, but we fished with a local guide, it was fundamentally a camping trip, and we had road and boat access to some very remote rivers and creeks. The trip was cut short due to rain, and with much of the focus on throwing BIG flies for taimen, I still found plenty of time to swing the LL, BUT the changing conditions required an open and versatile approach. 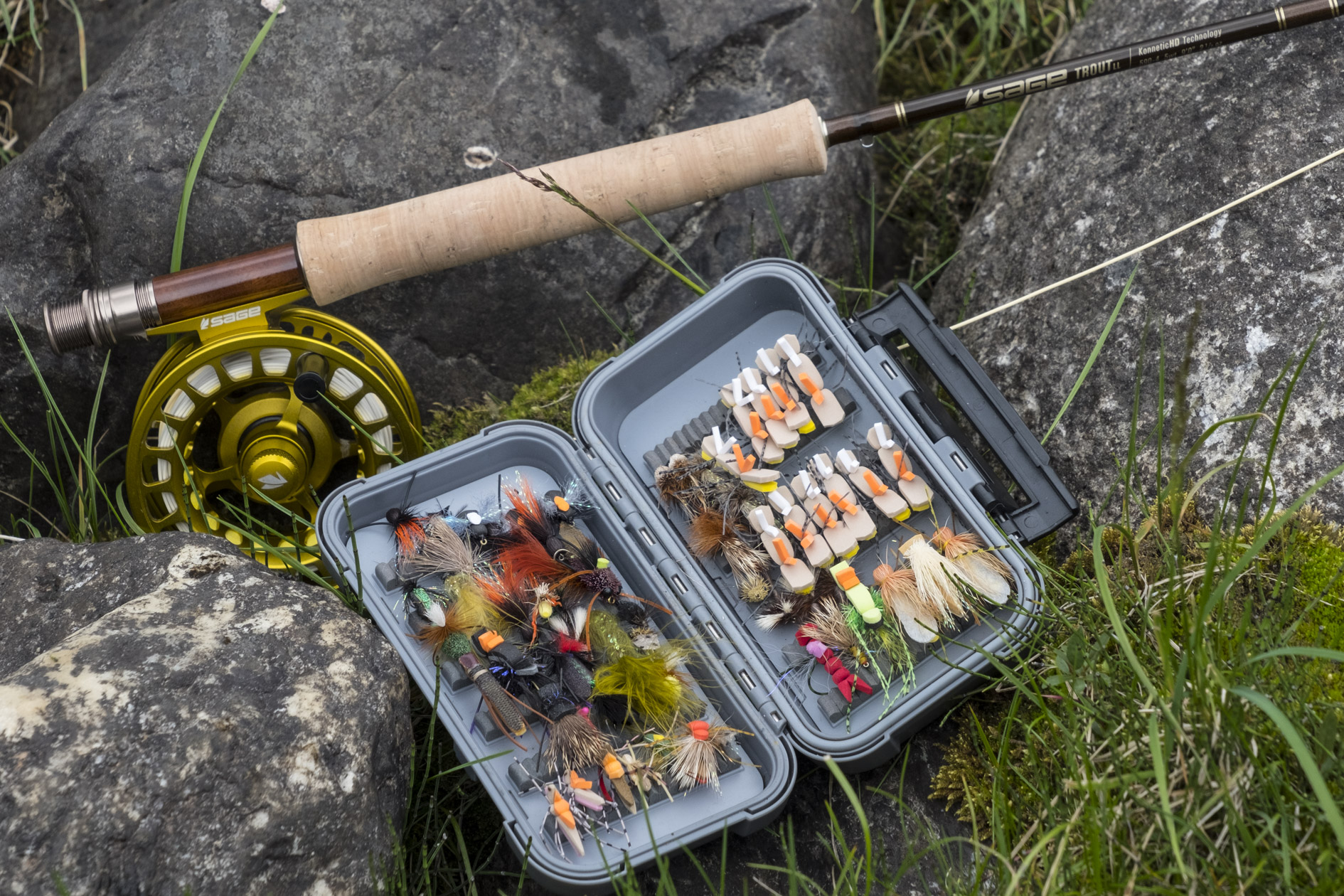 Other than taimen these waters have several smaller species. Taimen fishing is best early and late in the day, even on into the dark, but can be done all day, as long you can keep your casting together. But when your arm’s worn to what feels like a bloody stump there’s also grayling and lenok (a char species, like a cross between a brown trout and a whitefish) to fill in the time if you wish. These eat pretty standard dries and nymphs, and the lenok in particular usually eat most things, including big mouse flies thrown for taimen.

We had a day walking many miles down a small stream to join the main river and fished its length for grayling and lenok. After a wet spring the countryside was green, and lush with wildflowers and there was a grasshopper plague in the making. I fished a hopper all day and caught lenok in the fast water. They smashed the hoppers off the top like a rainbow, and fought similarly. 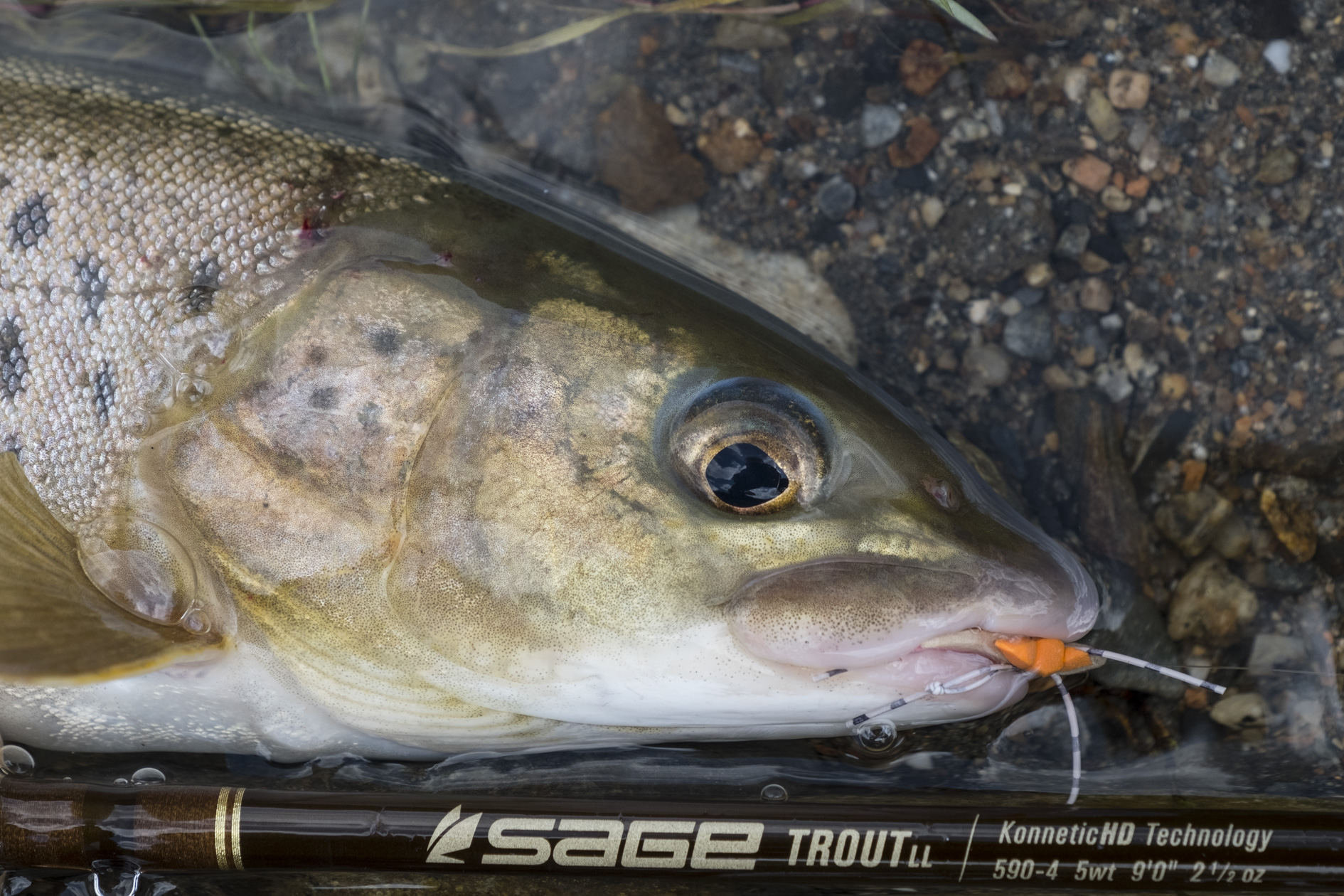 When not casting the big flies on the big rods for taimen, I’d hatched a plan to fill some of the day swinging streamers and multiple nymph and soft hackle rigs on sink tip lines on a trout Spey rod for lenok, and smaller taimen in particular. But in one of those terrible pre-trip f*&# ups I’d packed the bottom two sections of a 5120X, and the top two sections of a 6120X, so those plans had to be shelved – or I could try and execute them with the LL. 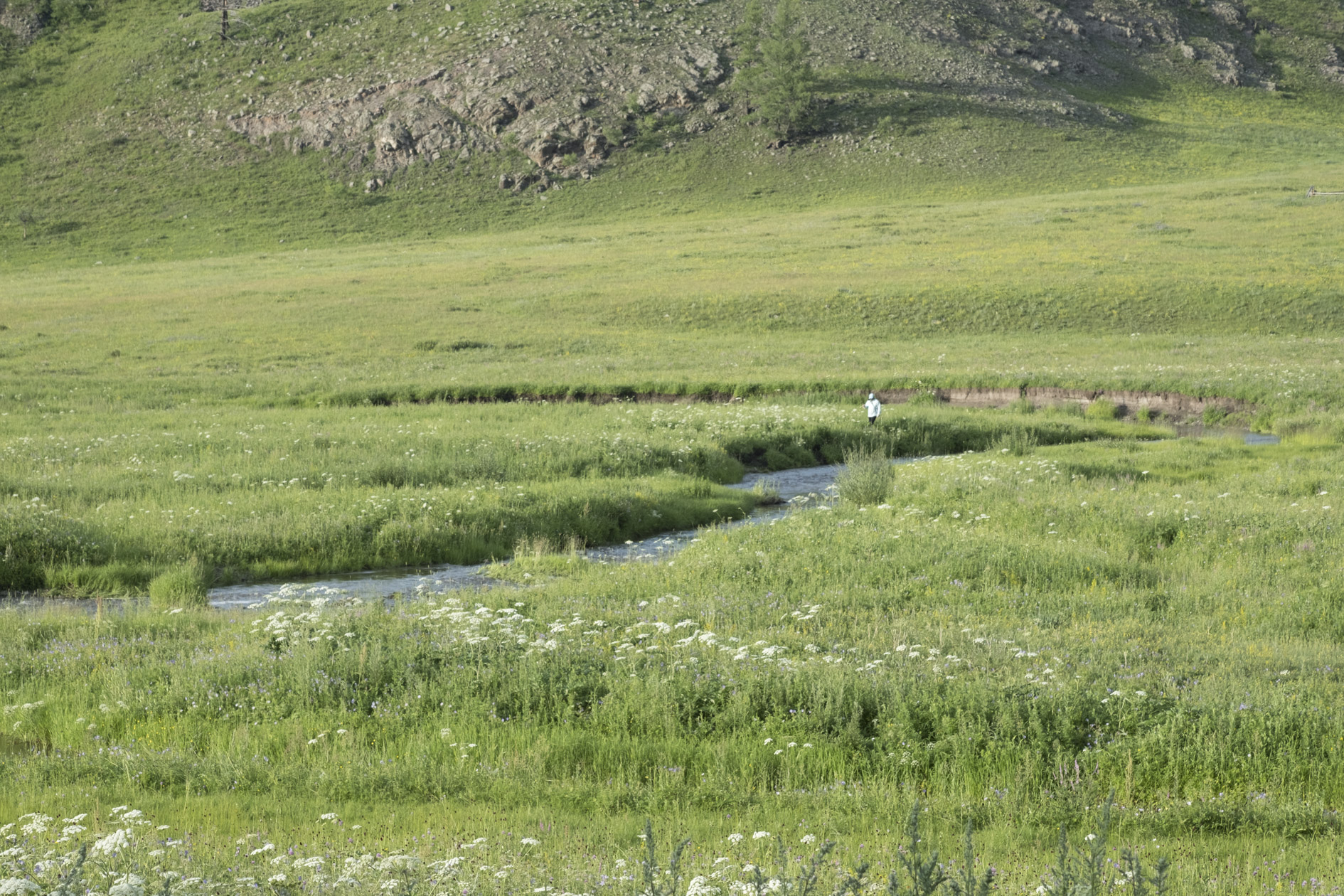 When these new models are released I do like to push them around a little bit, beyond the type of fishing the designers had in mind, just to see what they’re capable of, and now I had little choice. I initially fished the LL with RIO’s new Technical Trout line, a specialised line for smaller flies and very delicate presentations. It worked fine, but I needed something more versatile for the bigger and heavier streamers and nymphs, so reverted to my old favourite, RIO’s Single Hand Spey line.

You can certainly feel the Trout LL bend deep in the rod, especially with the taper profile of the SHS line, but not so much with the TT line, (that would be my normal line selection on this rod). There’s a wider variety of hoppers here than I’d seen anywhere. Additionally we encountered huge hatches of a BIG pale yellow mayfly (size 8 or 10), so there was no need for delicate little flies and fine tippets, the sort of thing this rod would excel at – it had to deal with big flies. And when the lenok and grayling weren’t on the edges feeding you had to go down to them in the fast flow, and tungsten was your best friend.

The Trout LL just ate it up, it was a joy to fish. It has what feels like a trebuche action, a real catapult unloading as it bends deep on what would be described as a “normal” cast, and then the power from the butt just seems to roll up the blank as it straightens, and comes out the tip into the line – and all of this feels like its happening in slo-mo.

Later in the trip when due to heavy rain in the vast catchment, the river rose alarmingly. I spent an afternoon covering the water of the big inside bend of a kilometre long pool with a variety of dries and streamers. It was cast after cast to what turned out to be fishless water, but I really got to appreciate the incredible accuracy and other capabilities of this rod. Its buttery smooth action fits very much into this niche of the Sage family of rods, it’s a joy to fish with.

My own rating for how rods bend has no science to it, just feel – terribly unscientific I know. If in a rating where the stiffest is a rod that does not bend is a score of 100, a rod at 50 would bend very deeply and would be a real slow actioned thing – (something like  Redington Butter Stik where you can bend the tip around to touch the butt, is sub 50, about a 40) therefore a fast actioned rod would be an 85+, medium to moderate rods are going to be at 65+, and slow rods below that back down to 50.

And in applying my own very unscientific rating system I’d put the new LL at around a 73 with its predecessor the MOD at a 78 – while the Circa was a 68 – so for those who know the Circa and the MOD, that’ll give you some idea of where I think it sits.

There will be 7 models built on a traditional Sage mahogany coloured blank, and these will range from a 7’9” #3, to a 690, all in 4 piece. I love it and can’t wait for summer and some dry fly fishing.

The full range can be viewed here. https://www.sageflyfish.com/experience/sage-blog/new-for-2019-trout-ll 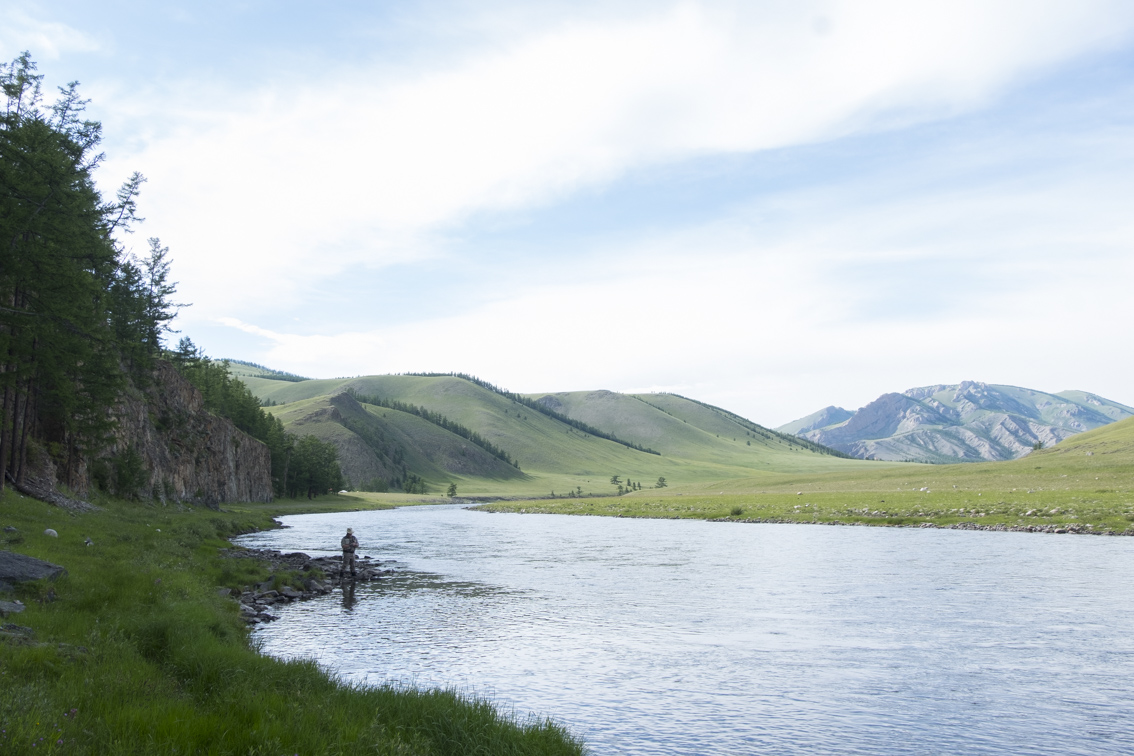